Mylan Rakich (1970-) is a sculptor working primarily in steel whose abstract, lyrical and elegant work connects to such Northwest artists as Lee Kelly, Michi Kosuge (for whom he was assistant) and Bruce West.

Rakich received his BFA from State University of New York at Purchase (NY) and his MFA Portland State University.  His work is represented by Butters Gallery.  He was a featured artist for PCC’s Art Beat in 2007, resulting in the commission of ‘Shine” a steel sculpture at Cascade campus. He has been on the art faculty of PCC since 2001. 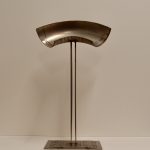 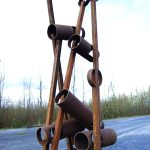