Manuel Izquierdo (1925 – 2009) was a sculptor and printmaker. He is best known for his abstract, organic, welded-metal sculptural forms and expressive woodcut prints. Izquierdo was born Manuel Izquierdo Torres in Madrid, Spain, in 1925, the son of a bricklayer. He and his siblings fled the fascist Franco government Spain in 1936, escaping over the Pyrenees, spending some years in France (where he briefly attended the Museé des Beaux Arts, Marseilles) and finally, through the help of the American Friends Service Committee, moving to Portland, Oregon, in 1942.

While in high school in Portland, he was encouraged to pursue woodcuts by well-known calligrapher Lloyd Reynolds. He enrolled at the Museum Art School (now known as the Pacific Northwest College of Art) putting himself through art school by taking a paper route (when low tuition made such a thing possible). Izquierdo studied under many great Northwest artists such a William Givler, Louis Bunce and Jack McLarty. There he also served as studio assistant and apprentice to sculptor Frederic Littman, many of whose works are also in the Rock Creek Art Collection. In 1951, Izquierdo graduated from PNCA and was invited by Dean Givler to become a professor there. Izquierdo taught there for the next 46 years, having a profound impact on young artists, colleagues, and the Portland art scene.

Izquierdo exhibited in twenty-five solo exhibitions in Oregon, Washington, and California and in numerous group shows, including the 1973-1974 “Art of the Pacific Northwest” organized by the National Collection of Fine Arts. He completed twenty-seven public and corporate sculptural commissions. His public sculptures can be found all over the region, most notably in Portland at Pettygrove Park and at Penninsula Park. Izquierdo was affiliated with Arlene Schnitzer’s Fountain Gallery and later the Laura Russo Gallery. Izquierdo was honored with a ten year retrospective at the Portland Art Museum in 1967. His estate is represented by Russo Lee Gallery and Karin Clarke Gallery. His work is in many public collections including the Metropolitan Museum of Art (New York), the Philadelphia Museum of Art, The Hallie Ford Museum of Art (Salem), the Jordan D. Schnitzer Museum of Art (Eugene), the Portland Art Museum, the Seattle Art Museum, the Tacoma Art Museum, the Henry Gallery (Seattle), and the Museum of Northwest Art (La Conner). Izquierdo received the Oregon Governor’s Arts Award in 1991. A retrospective of his career as a sculptor and printmaker was held at the Hallie Ford Museum in 2013.

Izquierdo, a lively, outrageous, and funny prankster, who could be bawdy, childish, inappropriate and also very inspiring, brought Spanish ideas of the grotesque and the sublime together with an elegance and sensuality never before seen in the art of the Northwest. His work is both quintessentially modern and ancient. 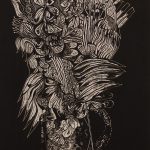 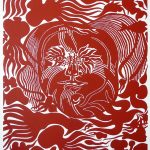 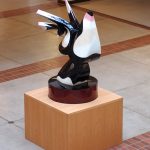 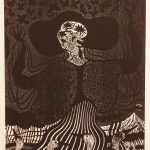 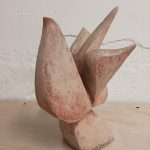 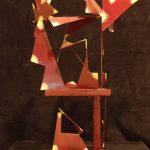 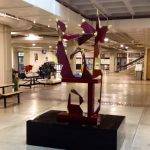