June Weisman (1927-2021) was raised in Akron, Ohio. She studied art at Tacoma Community College in the 1970’s and then the Cleveland Art Institute before moving to Portland in 2003 when she began studying at PCC Rock Creek, where she continued taking painting classes until 2016.  Her work focussed primarily on portraiture in the manner of Alice Neel, an artist she admired. Many of the portraits she painted were of fellow students, family and friends.  In classes with students sometimes over 60 years younger than she, June became an encouraging role model for many young artists whom she inspired. 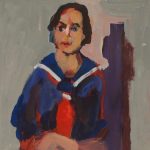 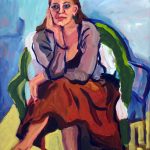 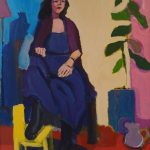 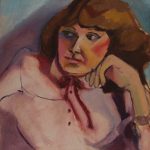 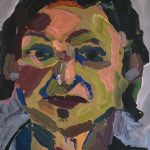 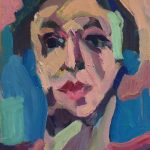