Born in Englewood, New Jersey Harry Widman (1929- 2014) studied art at Syracuse University completing his BFA in 1951.  After joining the army Widman was sent to Germany, where, in an archaeological museum in Bremerhaven, he was “taken away” by African art and artifacts. Widman enrolled in the University of Oregon where he studied with Jack Wilkinson and David McCosh, completing his MFA in 1956. While living in central Oregon, he taught adult education courses in Roseburg, Grants Pass, Port Orford, and Coos Bay. After a show of his work at Reed College in 1960, Widman joined the faculty of the Portland Art Museum School (now PNCA) with colleagues such as Louis Bunce, Michele Russo, William Givler, George Johanson, Manuel Izquierdo and Eunice Parsons, all strongly attuned to the modernist aesthetics of the New York School.  Known as an exceptional teacher, Widman mentored many artists in this collection including Michael Brophy. He served as acting dean from 1978 to 1981. Widman retired from teaching in 1996.

“Paleontology, archaeology, classical mythology, and non-Western cultures became sources of inspiration and recurrent themes in his work,” wrote historian Roger Hull.  Influenced by Robert Motherwell’s collages, Widman adopted collage as a way of working and often built on the shapes and ideas that emerged to develop paintings on a greater scale.  This collection has remarkable examples of both.  “The invention of unknown abstract images that could represent identities and express purpose and emotions—The Magician, The Navigator, and The Oracle—has been one of his ongoing quests,” wrote Hull, who curated a Widman retrospective at the Hallie Ford Museum in 2009. Widman’s work is in many collections including the Portland Art Museum, University of Oregon, Reed College, Hallie Ford Museum, and the State Capitol Collection in Salem.

Widman, who died of complications from Alzheimers in 2014, continued to work in his studio to the end, often arranging found objects into wall relief sculptures.  PCC produced a documentary on Widman which can be seen at https://www.youtube.com/watch?v=m8RDtH3Uxjo 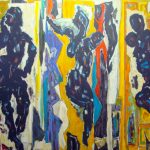 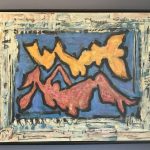 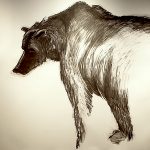 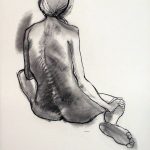 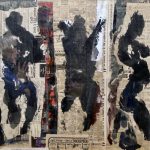 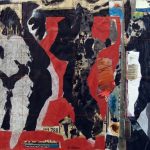 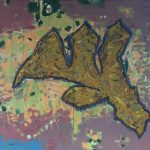