Gus Van Sant (1952-) is an award-winning American film director, producer, photographer, and writer.  After studying film at the Rhode Island School of Design, he earned acclaim as both an independent and mainstream filmmaker. His films typically deal with themes of marginalized subcultures, in particular homosexuality. Van Sant is considered one of the most prominent auteurs of the New Queer Cinema movement. His films include Drugstore Cowboy, My Own Private Idaho, Good Will Hunting and Milk. His photography is in the collection of the Jordon Schnitzer Museum of Art (Eugene). 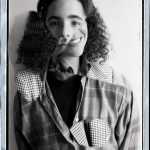 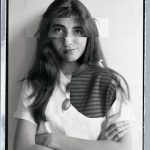