Eunice Parsons (1916-) is an artist known primarily for collage, though she began as a painter and printmaker. Born in Loma, Colorado, Parsons moved with her family to Chicago, where in her 20’s she attended art classes at the School of the Art Institute of Chicago until she married Albert Jensen and moved to Portland to raise a family, abandoning her art education. 18 years later when she began to take classes at the Museum Art School (now the Pacific Northwest College of Art) Parson said, “life began again. The rest was an hiatus.” At PNCA she was a student of Jack McLarty, William Givler and others. After graduation she joined the faculty in 1957 where she was known as a “blunt but brilliant” teacher of composition and printmaking. She taught both at PNCA and intermittently at PSU until 1979. It was only at this time that she discovered her true medium, collage, by assembling torn up, rejected proofs from her printmaking. The collage medium combined the best elements of her printmaking and painting, giving her great freedom of invention and jazzy improvisation as she delighted in the combination of different kinds of visual artifacts – type, photography, old posters and advertisements, stamps, flat color, crumpled or distressed paper, spray paint, and images torn from art history textbooks. The result was a refreshing mix of spontaneity and precise calculation reminiscent of the elegantly resolved collages of Kurt Schwitters. Parsons was a co-founder of the 12×16 gallery in southeast Portland, a cooperative which exhibited artists’ work between 2006 and 2017. She exhibited new collage works, Eunice Parsons, La Centenaire, at the Roll-Up Photo Studio Gallery in Portland to celebrate her centennial year in 2016. At age 100 in 2017, she was the only remaining living artist from the 2004 group exhibition, “Northwest Matriarchs of Modernism,” at Marylhurst University’s Art Gym exhibition that also included artists LaVerne Krause, Maude Kerns, Mary Henry, Sally Haley, and Hilda Morris. Her work is in permanent collections of the Hallie Ford Museum of Art, the Jordan Schnitzer Museum of Art at the University of Oregon, Kaiser Permanente, the Portland Art Museum and Rock Creek Campus, where Parsons has a solo show in 2006. At that time PCC produced a documentary on Parsons as she was about to turn 90.

“Collage offers a freedom to shift individual elements without limitations – to add, subtract, cross out, paint over until the total image achieves something new and different.” – Eunice Parsons 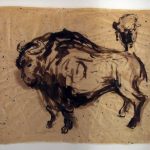 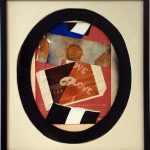 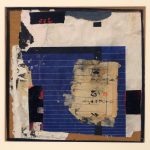 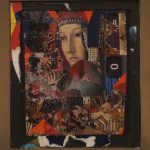 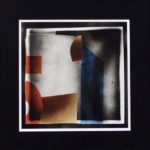