Carl Hall is known for his paintings of the Willamette Valley, the Oregon coast, the female nude, and imagery inspired by the Northwest Coast Native culture. Born in 1921 in Washington, D.C., and raised in Detroit, Hall was awarded a scholarship to the Meinzinger School, where he studied with Carlos Lopez (1908-1953). Under Lopez’s mentorship, Hall successfully submitted his work to juried exhibitions at the Detroit Institute of Arts, Corcoran Gallery of Art, Art Institute of Chicago, and other major venues.

Following the bombing of Pearl Harbor in 1941, Hall was drafted into the army and assigned to Camp Adair (near Corvalis) for basic training. He came to Oregon by train, arriving shortly after his twenty-first birthday. There he met Phyllis Blake; they married the day before Hall shipped out to the Pacific. In 1946, they settled permanently in Oregon. In 1948 Hall joined  the faculty  at Willamette University (Salem) where he taught painting, drawing, printmaking, and design until his retirement in 1986.

Associated with the Julien Levy Gallery in New York in the 1940s, Hall became recognized nationally as a Magic Realist artist when his painting Cradles was purchased by the Whitney Museum of American Art. For the next decades he showed his work in juried national and regional exhibitions. His work is in the permanent collections of the Whitney, Boston Museum of Fine Arts, Swope Art Museum (Terre Haute, Indiana), Wichita Art Museum, Williams College Museum of Art, Portland Art Museum, Tacoma Art Museum, Boise Art Museum, Museum of Northwest Art (La Conner, Washington), Whatcom Museum (Bellingham, Washington), Phoenix Art Museum, Jordon Schnitzer Museum of Art (University of Oregon), Reed Collage and the Hallie Ford Museum of Art (Willamette University), where the Carl Hall Gallery of Pacific Northwest and American Art is named in recognition of his long career at Willamette. A major retrospective of Hall’s work was mounted in 2001 at the Hallie Ford Museum.

Carl Hall wrote; “The arts exist because someone has to tell the truth about life…the arts remind us…that we are not a crowd. We’re individuals. Art teaches awareness…it’s a way of exploring the world and yourself.” 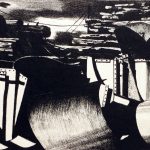 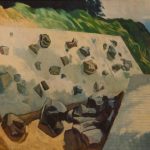 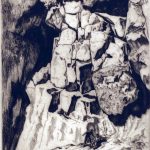 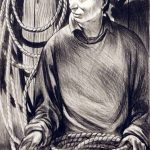 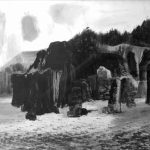