Arnold J. Kemp is an American artist who works in painting, print, sculpture, and poetry. Kemp received a BA/BFA from Tufts University and The School of the Museum of Fine Arts in Boston and an MFA from Stanford University. Kemp was chair of the MFA in Visual Studies at Pacific Northwest College of Art (Portland), until he became Dean of Graduate studies at School of the Art Institute of Chicago and Professor of Painting and Drawing. Kemp’s works are in the collections of the Metropolitan Museum of Art, The Studio Museum in Harlem, The Berkeley Art Museum, The Tacoma Art Museum and the Portland Art Museum.  Kemp received a 2012 Guggenheim Fellowship, as well as awards from the Joan Mitchell and Pollock/Krasner Foundations.

“My father didn’t want me to be an artist. The only well-known artist we knew had not been recognized by the art world until he was 90. My father thought I wouldn’t be recognized until I was 90. I’m a first generation American. My lineage is Caribbean. My mother is of Panamanian descent and my father is from the Bahamas. She came to the University of Illinois at Urbana-Champaign, and my father attended Morehouse, the Black Harvard. My whole family speaks multiple languages and believes in reading.”

Kemp was included in the “Freestyle” exhibition at The Studio Museum in Harlem in 2001, an exhibition of works by African American artists who came of age in the multicultural generation of the 80s, sometimes called “Post Black.”  “We were questioning what the label meant,” Kemp said. “A number of us wanted to push against this idea. It’s not exactly about race, but it’s about what it means to be a racialized Black artist. To push against the roles or stereotypes of what people might normally think about when they think about prominent Black Americans. There is the Black athlete. There’s Hollywood, theater, and dance. But the Black artist or Black painter is not in the public consciousness. The Black painter is something I’m really interested in. Sometimes… I felt framed in a funny way as a Black artist. David Hammond calls ‘Black artist’ an oxymoron….  I keep trying to be free to make work. I want to determine its frames. My work is about my being free.” 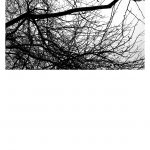