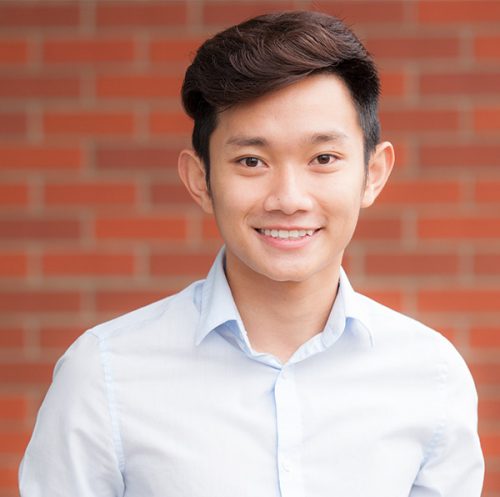 “I will never forget how community college changed the lives of myself and my family. My parents never had the opportunity to go to school beyond third grade. However, with the support I received while attending Portland Community College, here I am–continuing my education at Drexel University. My sister is also following my footsteps and is now in her first year at PCC.”
Kien Truong, Future Connect Scholarship recipient, current Drexel University student

Kien Truong ’18 immigrated to the United States from Vietnam when he was a junior in high school. Unsure about the prospect of college, he was encouraged to enroll in PCC’s Future Connect program.

At PCC, Kien thrived. With the support he received as a Future Connect student he excelled academically and dedicated his time to service. He served on the PCC District Student Council, as the student representative on the PCC Board of Directors, and on the Association of Community College Trustees Student Advisory Committee. He helped organize PCC’s Textbook Affordability Campaign that, together with the work of many faculty members, saved students more than $2.4 million in textbook costs. He was Vice President of Service with Phi Theta Kappa, and served in the Unity Through Diversity student club.

As a result of Kien’s hard work, he was selected as an Achieving the Dream DREAM Scholar, where he shared his success story at conferences across the country, inspiring more students to go to college.

Currently, Kien is a student at Drexel University, studying Global Justice and Human Rights, with aspirations of becoming a community college president. Thanks to his hard work, giving spirit, and a firm foundation from his PCC education, he is well on his way to achieving his dreams.

Kien is a walking example of philanthropy in action and proof that when the right student is offered the right scholarship, tools and support, anything and everything is possible. Kien said, “I’m grateful for those who’ve invested in my education, and I look forward to giving back to support other PCC students someday.”