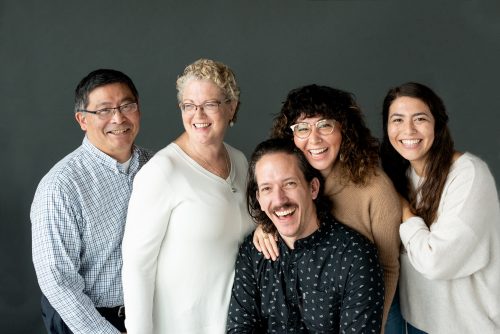 When I first came to Portland to become PCC’s President, I had a phone call with my mom. She asked me, “…can you see the rollercoaster from where you live?” I didn’t know what she meant but came to learn, later, that my mom and her family had been imprisoned—detained before being sent to the Heart Mountain concentration camp during WWII—at the livestock exposition center in Portland. From her family’s stall in this holding facility, my mom could see what was then the Jantzen Beach Amusement Park.

My dad, too, was imprisoned with his family—at Tule Lake. He ultimately joined the U.S. Army. As a veteran, he was eligible for the G.I. Bill—and went to the University of Washington, where he met my mom. They both earned degrees—my mom in elementary education and my dad in industrial design.

After the phone call, it dawned on me that my family went from being a prisoner in Portland, to being a president in Portland, in a single generation. Their journeys from Tule Lake and Heart Mountain to the University of Washington changed the trajectory of their lives and by extension, mine as well and forever underscored for me the transformative power of college.

College became for me a magical place, a place where the secrets of the universe would be illuminated, revealed to all who worked hard enough and I would meet people from exotic places like Spokane.

But I almost didn’t make it.

Throughout my elementary experience, I was bullied, racially targeted, and felt as if I didn’t belong. While I did go to college, I almost dropped out. But I was lucky to have a professor who believed in me before I believed in myself. I ultimately graduated and became an instructor, a Student Affairs professional, an administrator, then on to the U.S. Department of Education.

On behalf of my parents and as the President of Portland Community College, I am a proud Champion for Opportunity. I give so that the doors to opportunity, the transformative power of education, will be readily available for our amazing students.