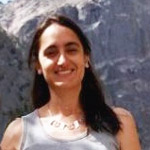 María Alejandra Bonifacino is a native of Uruguay. Although she started as a biologist in her home country, when she moved to the US she completed a master’s degree in Spanish literature at the University of Oregon. She has taught Spanish at the U of O, at Wichita State, and at PCC for many years. She has traveled extensively and lived in Spain, Germany, and Taiwan. Her professional experience also includes mentoring future Spanish teachers and conducting workshops on teaching Spanish by immersion. 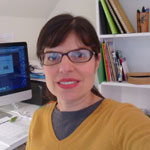 Rachel Aponte teaches Spanish at Portland Community College’s Cascade campus and Spanish and French at Clark College in Vancouver. She earned a B.F.A. from the California College of the Arts in Oakland, California, and a Ph.D. in Spanish from the University of California, Davis. She grew up in Paris, France, and Caracas, Venezuela. She has traveled to Mexico, Costa Rica, and Spain. 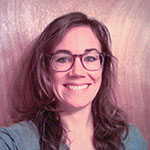 Sarah Bentley has been teaching Spanish full-time at PCC since 2006. Before that, she taught at Portland State University, where she also received her MA. She received her BA in Spanish from Pitzer College. Before teaching Spanish she worked with the Latino community in the non-profit sector. Sarah is a native Portlander who has lived and traveled to several different Spanish-speaking countries, including Venezuela, Spain, Costa Rica, Nicaragua, and Mexico. 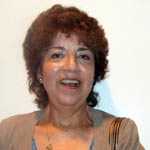 Laura Bergman is a native of Ecuador and has been teaching Spanish at PCC since 1995. She holds a Master’s degree in Spanish and a TESOL (Teaching English to Speakers of Other Languages) Certificate from Portland State University, where she has taught first, second, and third-year Spanish and Hispanic Literature. Laura was part of an Extended Studies team that taught A.L.P.S. (Acquiring Language Productions Skills), a total immersion, intensive program specially designed for intermediate and advanced students and teachers of Spanish. She taught A.L.P.S. at PSU, the Portland Police Justice Center, and at the Police Academy in Monmouth, OR. She has taught at several other universities, including Lewis and Clark, and Pacific University. She is currently also teaching Spanish for Healthcare Workers at the University of Portland. 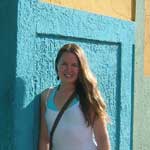 Charma Boeschen is a native Oregonian who learned her Spanish primarily in Costa Rica, where she lived for over 3 years and where she currently brings student groups for language study and cultural exploration. She has also lived in the Venezuelan Andes for 6 months and traveled extensively in Central America, Mexico, Ecuador, and Cuba. In 1999-2000 she taught English as a Foreign Language at the Universidad de Cantabria in Santander, Spain. Along with her MA in Spanish, she also received an MA in TESOL (Teaching English to Speakers of Other Languages) from the Department of Applied Linguistics at Portland State University. Charma is very passionate about exploring the diverse cultures of the Spanish-speaking world through language study and believes strongly that effective language learning must be fun. She is a strong advocate of the communicative language teaching method (Spanish immersion) used at PCC and is grateful to be a part of the diverse community of instructors and students at PCC Cascade. 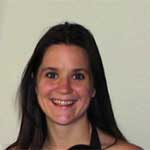 Jennifer Hensley currently teaches Spanish at Portland Community College’s Sylvania campus and Portland State University. Originally from Canada, she has lived in the Portland area for many years and completed her first two years of Spanish at PCC. Jennifer received her BA in Spanish and Latin American Studies at CSU, Chico, and her MA at Portland State University. She has spent time traveling and studying in both Mexico and Spain. 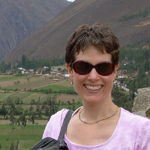 Antonia Larsen has been teaching Spanish at PCC since 2005. She received her BA in English from Reed College and her MA in Spanish from PSU. When she’s not teaching, she enjoys traveling, gardening, and dancing.

Adrienne Middleton has been passionate about teaching Spanish in the Portland area for over 10 years. She has worked at PSU, University of Portland, the NW Academy, and now very happily at PCC Cascade. Adrienne has her BA and MA in Spanish from PSU. 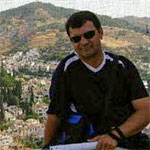 Libardo Mitchell has been teaching Spanish at PCC Sylvania since 1989. As a child, he grew up in rural Colombia. His desire to learn how to read and write forced him to migrate to the wilderness of the city, and later to the US. He earned his MA from WSU. If you want to learn more about his life, you are just going to have to take his class. 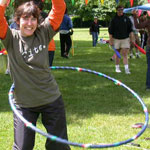 Jan Underwood has taught Spanish at PCC since 1992. She holds a Master’s degree in Spanish and French from Portland State University, as well as a Master’s in Comparative Literature from McGill University in Montreal, Quebec. She learned her Spanish primarily in Mexico. Jan wants students to know that the study of languages and cultures is a rich and rewarding endeavor and that Spanish class is a lot of fun!